Some years ago, I had the good fortune of working on an article draft with John Timmerman and Curt Coffman. John is currently Executive Director of Digital Transformation at Gallup and Curt has co-authored perennial bestselling books like First Break All the Rules and Culture Eats Strategy for Lunch.

The article we worked on together had a working title of The Risk of Excellence. The premise of the piece was that to be excellent at something you must say “no” to a lot of things to which you will otherwise be mediocre.

While I view disciplined focus as an essential component of excellence, I’m amazed by how many leaders overreach their center of excellence. It is as if they believe their companies are limitless. To that end, they seek to have their business be excellent at all things. Or excellent in pursuit of an unending slate of new things that appear on the leader’s radar.

Recently, Starbucks began shedding areas where it had overreached in favor of stewarding energy back to their core area of excellence the “coffeehouse experience” or as I titled my first book about the company The Starbucks Experience.

The coffeehouse experience implies excellence in two areas “coffee” and “creating an engaging place to experience” that coffee. To execute at the highest level in those two areas, Starbucks has made two significant changes since July announcing the:

Retail Tea in a Mall?

Starbucks has been in the tea business since the brand was founded in 1971. In fact, the company’s original logo captured their product line as Starbucks Coffee, Tea, and Spices. 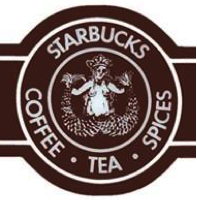 When I was working on my second book about Starbucks, Leading the Starbucks Way, leaders at the company were beta testing a Tazo teahouse concept but pivoted to buy Teavana Holdings Inc in 2012 for 620 million dollars.

Teavana had blazed a trail to open retail tea stores primarily in mall locations. At the time CEO Howard Schultz suggested Tazo would serve as a “learning laboratory” for Teavana. Rather than brewing tea for on-premise consumption in an “affordable luxury” setting, Teavana’s business model was to offer samples of tea to encourage the purchase of tea accessories and the purchase of “by the ounce” aromatic and flavorful teas for home brewing.

Saying “yes” to Teavana caused Starbucks to drift out of their coffeehouse experience lane and into a business that was taking revenue away from their profit center. According to a Fast Company article about the Teavana closures:

Despite the fact that business is booming for the coffee giant, the segment that accounts for the 300-plus Teavana stores saw a decrease in revenue compared to 2016, as well as a marked increase in operating loss. In short, tea isn’t the hip moneymaker Starbucks thought it could be.

Ok so they gave up tea, but they can’t possibly focus on the coffeehouse experience to the exclusion of online retail, right?

No to Online Retail

For some analysts, a recent decision by Starbucks leaders to stop selling products through the company’s website appears seriously ill-advised. Those commentators rightfully note that there is an “Amazonification” of everything. Consumers have shifted to online purchase and delivery, so why would Starbucks figuratively throw their race car in reverse while going 170 miles per hour down the track?

As customers increasingly shift their retail shopping toward e-commerce, Starbucks is bucking the trend: It shuttered its online store…Maggie Jantzen, a company spokeswoman, said that the decision to shut down the online store was part of a push to ‘simplify’ Starbucks’ sales channels. ‘We’re continuing to invest in amplifying Starbucks as a must-visit destination and are looking across our portfolio to make disciplined, thoughtful decisions’…

In the same article, Stacy recalls that several months before shutting down the online Starbucks store, Howard Schultz the chairman of Starbucks expressed lessened enthusiasm for digital retail by noting:

Starbucks isn’t Amazon, and its excellence doesn’t live in “take and make” products sold in malls.

Leaders at Starbucks will always explore peripheral opportunities but, if the past few months are any indication, they will not risk excellence by overreaching into areas of mediocrity.

How about you and your business?