In essence, ample research shows that people will give maximal effort when they believe their effort will make a purposeful difference when they are given some level of control over the task or timeline for completing a project, and when they are provided the chance to grow and master new skills.

I was reminded of the importance of mastery recently as I have been preparing to speak at a TEDx conference in Sarasota, Florida, on October 6th. (There are still a few tickets available – so if you are in the area, I’d love to see you there.)

TEDx has stretched and enlivened me and my colleagues. Suffice it to say I speak for a living – so providing a 12-minute speech is typically something I can do with a modicum of preparation, but presenting for a TEDx event is quite a different matter. I think I am on my 14th edit of this brief presentation. For me, TEDx represents one of those “aspirational” moments, where I must master clarity in “sharing an idea” such that the message will have a lasting impact for the live audience and for potential generations of viewers to come.

I’ve watched a similar process with an entertainment idol of mine who will also be presenting at TEDx Sarasota. Dickie Smothers, of the legendary comedy team – The Smothers Brothers, has massive stage presence and phenomenal timing, but at age 75 he continues to reach for greatness and perfect word choices with each revision of his artfully crafted TEDx message. He thrives by pursuing excellence for the audience that will come to hear him on October 6th. 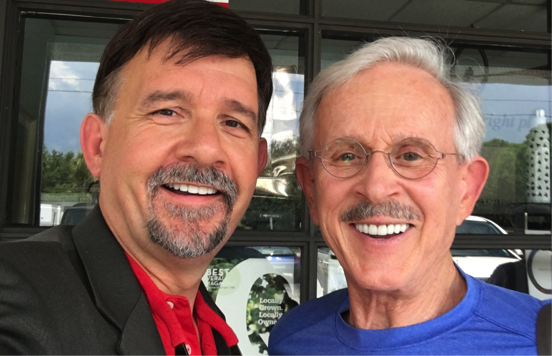 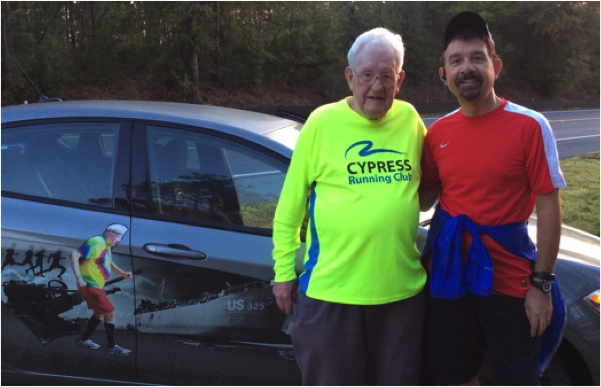 While running with Ernie, he noted, “I have outlived 3 wives and I am living for a mission to create awareness and raise funds for my WWII ship. With the passion I have for making it to the finish line, nothing will stop me.” Certainly, a little distance from the west coast to east coast didn’t stop Ernie.

Whether it’s an old professional speaker like me, a seasoned comedy legend like Dickie Smothers, a 93-year young war veteran like Ernie Andrus, or a member of your team, people need to grow and master the world around them.

As leaders, we have an obligation to facilitate the growth of our people. And when we help them master their goals and interests…we can sit back and watch them run!