Over the past couple of weeks, I’ve shared how brands can be described by perceptions held by customers and non-customers alike. I’ve suggested that those perceptions are shaped by the experiences people have across all interactions with your company. Those interactions are influenced by your people, process, and technology as consumers consider, purchase, use, receive service, and maintain their relationship with you.

I’ve also noted that some brands clearly understand what makes them different from their competitors (their brand essence) and strive to assure that their brand essence is reflected at important moments during each prospect’s or customer’s interactions with them.

In my last post, I noted that much of a person’s perception about your brand is shaped by the stories they hear about you from friends, in social media, and to a lesser degree traditional media. I’ve also indicated that great stories have five elements; namely:

Last week I gave an example of how you can tell stories with strong protagonists (some of the protagonists might be people – like your team members or customers – and other characters might be your products or services).

This week I will explore the importance of telling stories with emotions that pull for action. I’ve chosen to take on this element of storytelling because of an outstanding example that recently surfaced. It’s captured in this tweet: 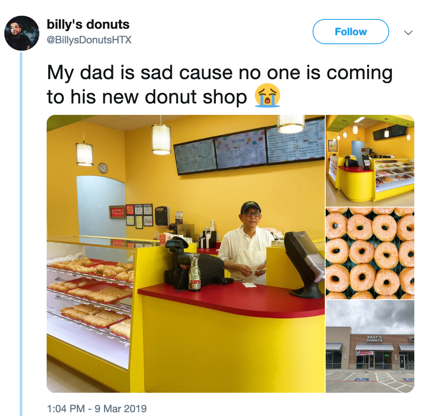 This past Saturday – 14 words, one emoji, and a compilation of five photos told an emotionally action-oriented brand story of Billy’s dad – whose donut shop grand opening in Missouri City, Texas was far from grand.

As evidenced by the image in the bottom left of that tweet – there were no cars in front of the donut shop on the day it opened, and Billy’s dad was alone and forlorn.

Fast forward a short time later, when New York City-based Casey Neistat saw the post and playfully tweeted “OMW (on my way)” to the shop. Casey is a social media influencer with more than 2 million followers – many of whom literally took action on Billy’s initial emotional tweet: 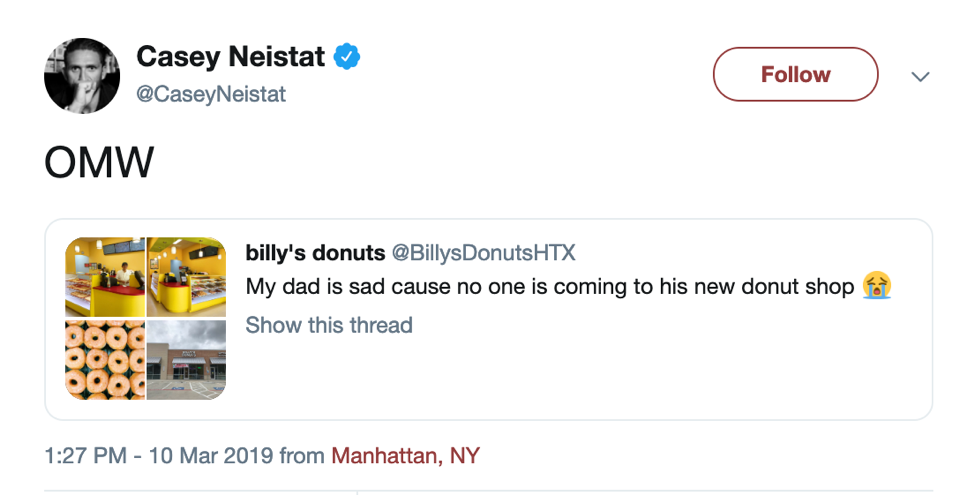 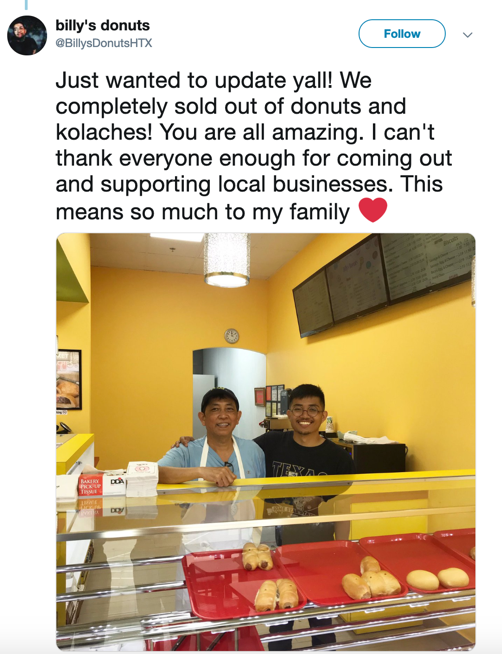 What stories are you telling? What emotions are you seeking to evoke? What actions do you want prospects or customers to take based on those emotions?

Some emotions are more activating than others (disgust, dread, joy, sympathy versus contentment, grumpiness, pleasantness). The intensity of your emotions should, however, vary across stories and each story should be told with intent. If you don’t believe me – ask Billy? His first story pulled for kindness; his updates pulled for gratitude.

I would love to hear about your emotionally activating stories. I’m also here to help you craft your branded customer experience through storytelling and all aspects of your brand journey – so take action and reach out to set-up a time for us to chat.